What can educators learn from Kobe? 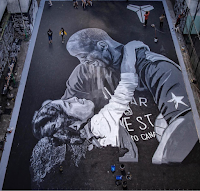 I need to say right up front that Kobe was not my favorite basketball player.  It may be my age, but I always was, and always will be, a Jordan guy.  I did always have a healthy respect for Kobe, mostly because he always struck me as a player that truly respected the game and tried to play it the right way.  However, after reading and listening to so much over the last couple of days since his tragic death,  my respect for him has grown tremendously.  I have found myself wondering why.  Why does a basketball player have such a tremendous, positive impact on so many people all over the world?  And if we somehow could understand and harness that impact, maybe we (as mere mortals) could have that kind of influence as well. 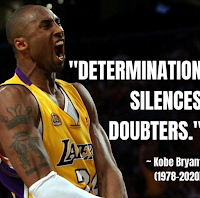 The first thing that almost everyone mentions in recollecting on Kobe Bryant is his relentless, killer instinct. They call it the Mamba Mentality.  Now, "killer instinct" might not often be used to describe educators, but the great ones are most definitely relentless in their pursuit of excellence.  They do not quit and they do not accept failure from anyone; themselves, their students, or their peers.  Kobe was like that.  If there was ever a criticism about his game, it was that he didn't pass enough, but when things got tight at the end of games, he knew he was the best player on the court and he had the confidence to do what was necessary to help his team win.  John Hattie and Peter DeWitt have made the terms "self-efficacy" and "collective efficacy" common terms among educational leaders with the idea that if we believe we can make a difference, then we often will.  Kobe's confidence and "self-efficacy" also translated to leadership.  That leadership gave his team the "collective efficacy" it needed to achieve greatness.  They often won simply because they believed they would. Check out this link from the ESPYs!


REST AT THE END, NOT IN THE MIDDLE 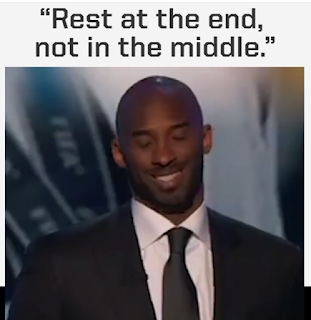 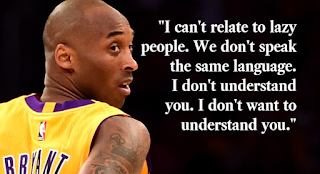 Kobe Bryant's work ethic is legendary.  Almost everyone who achieves greatness in any field shares this trait, but even among his peers, Kobe stood out.  He was known to push his teammates harder than their coaches.  One legendary story has Kobe taking away his personalized "Kobe shoes" from players because their work ethic (not their play) did not meet the standard necessary to wear them.  The players got the message. In the video clip below, Kobe starts with a simple, but telling phrase: "If I have to fight you to get in the gym, that is a problem."  Every school I have ever seen has teachers and administrators that work very hard. What often transforms campuses to greatness is the influence these hard-working, over-achievers have on the rest of us.  Do you have an environment where slackers can get by because someone else is doing more work than they should or does everyone pull their weight? Do you have to fight them to "get in the gym" (PLC, professional development, etc.)  Kobe was not afraid to work hard, but he also challenged others to match his commitment or get left behind.  Countless players (in various sports) this week have talked about how he made them better just by modeling his work ethic.  That is leadership.


The Mind of Kobe Bryant 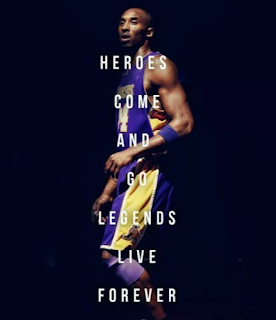 TRANSCENDENT:
Finally, I wanted to look up this word to make sure I have the definition right in my mind.
adjective- going beyond ordinary limits; surpassing; exceeding.

superior or supreme.
Theology. (of the Deity) transcending the universe, time, etc.
Philosophy.

I think it helps answer my original question of why does a basketball player have such a profound impact on the world.  It's not just his extraordinary basketball talents.  It's any person that goes beyond what is expected and does things that seem impossible.  All of us respond to greatness and most of us respect it, even if we are not fans.  Kobe Bryant was transcendent.  We will miss him.  #RIPKobe 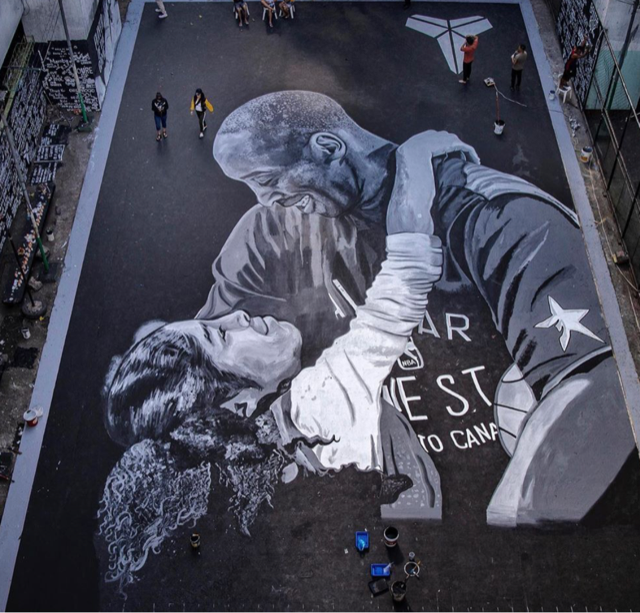 You can also find me here: